The UNICEF poster shows what is happening in Myanmar – children are fighting a war rather than attending school. There is a struggle between the government, who wants to claim the land, and the people, who want to harvest the gold, jade, teak, and opium as they have forever.

I bought a ticket for a first-class sleeper on the train from Mandalay to Myitkyina, knowing the Kachin and Shan guerrillas were fighting in the area, and it was possible the military might block my travel.

Along the way, I saw the presence of Buddhists openly challenging the Muslims.

The countryside looked quiet and it appeared as though everyone lived in peace with each other.

But once I arrived in Myitkyina, I hit barriers. Note that travelers must register with Immigration at the train station or airport; otherwise, you travel at the risk of being detained.

I hoped to travel up the Suprabum Road to the Hukwang Valley but was stopped by Immigration. So I visited the local market instead and tried to regroup where the fruits are unlike anything I’ve seen in the western world. 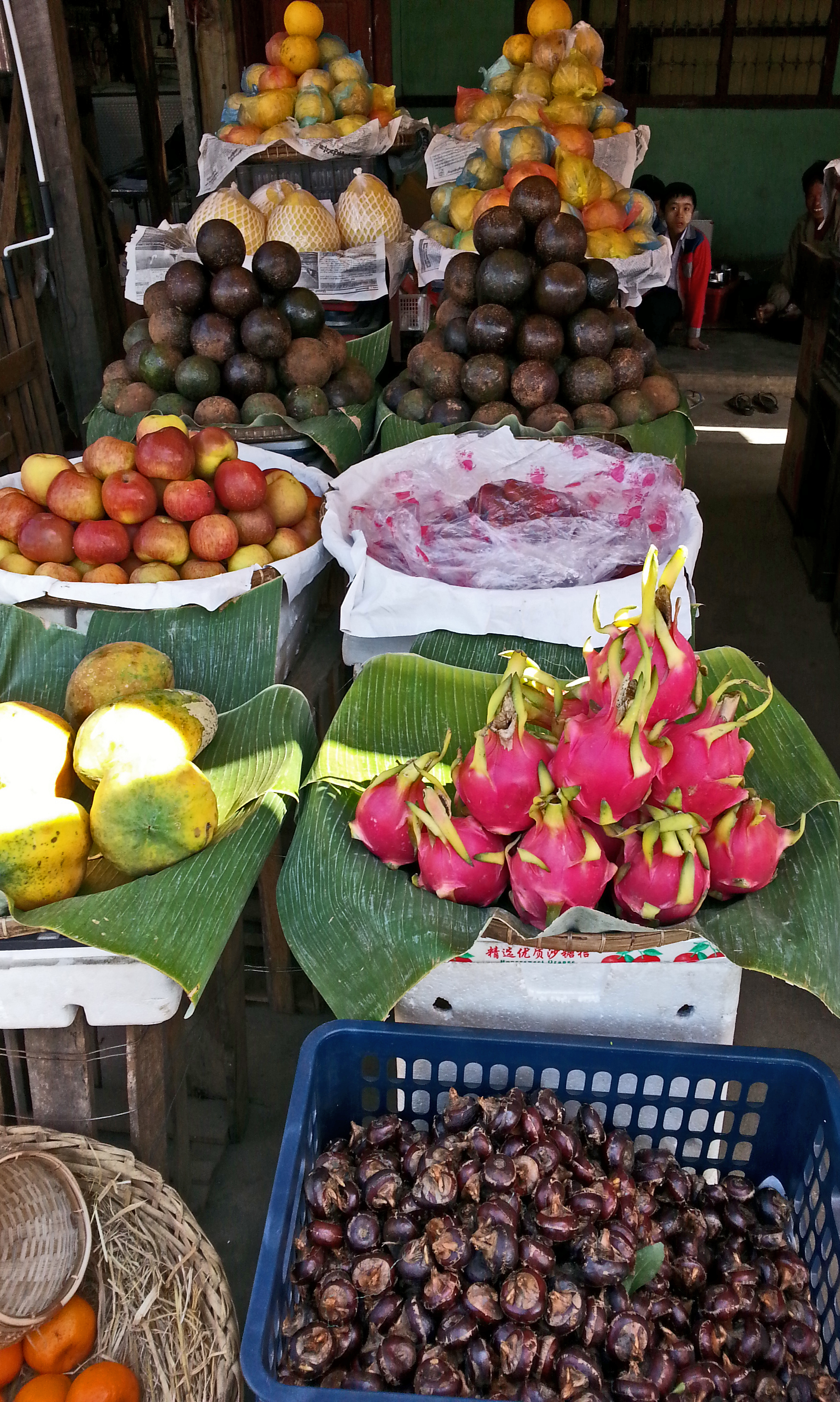 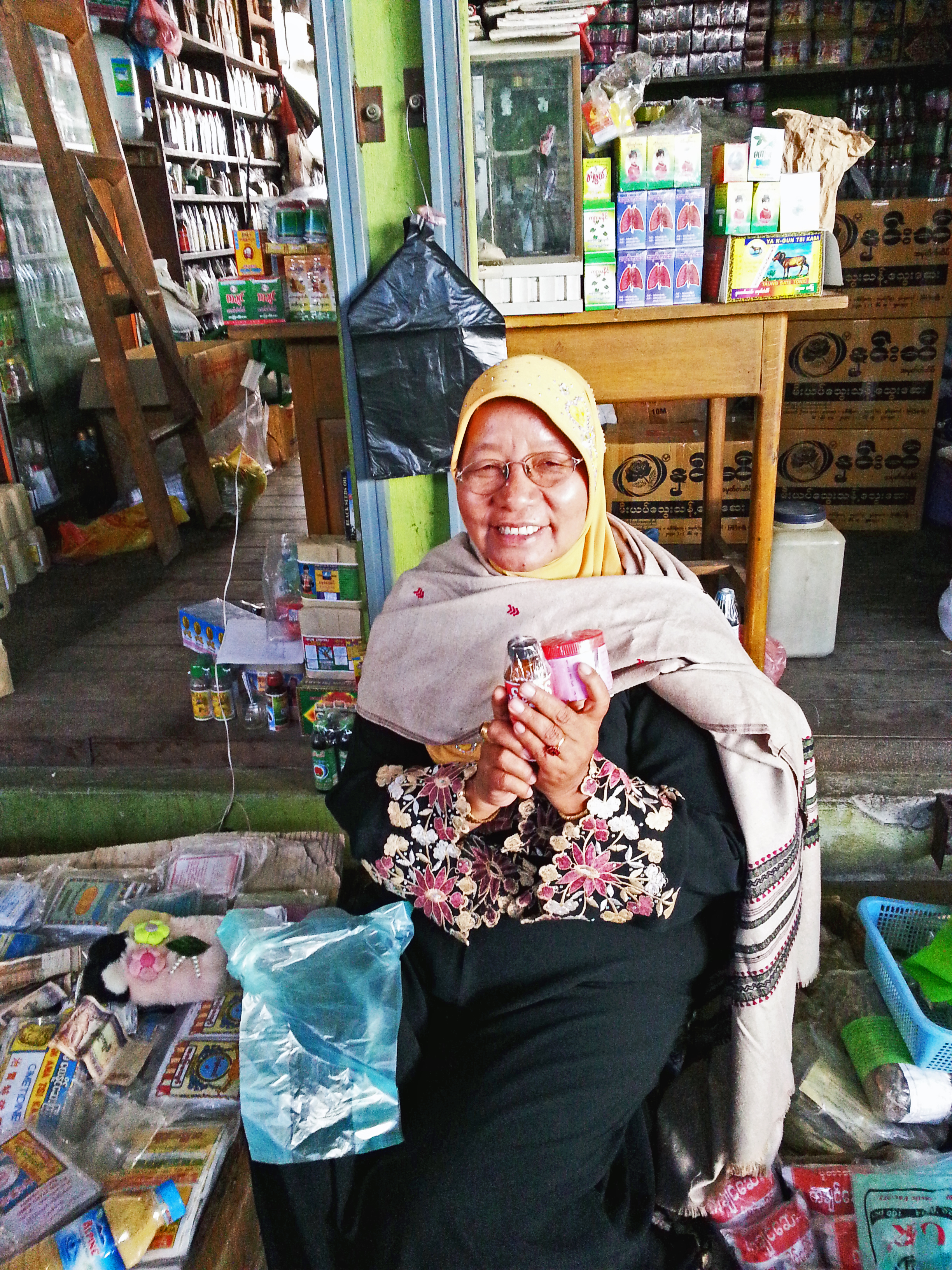 This vendor felt sorry for me and refused payment for some traditional remedies.

Likewise, there was no western medicine 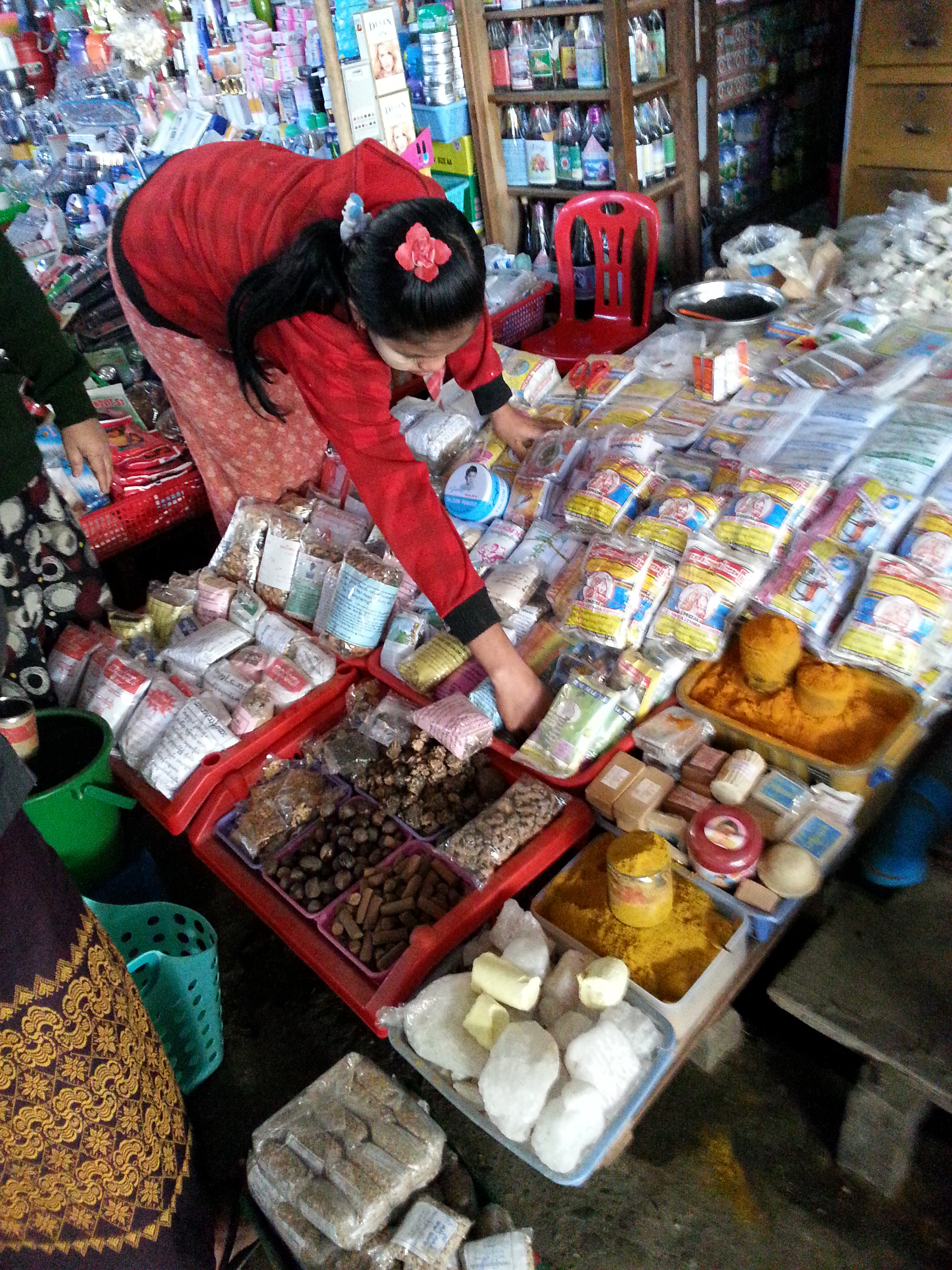 to rid me of the horrible cold I got on the frigid train ride. They don’t have pharmacies in Myitkyina but a wide assortment of natural remedies are sold at the market. 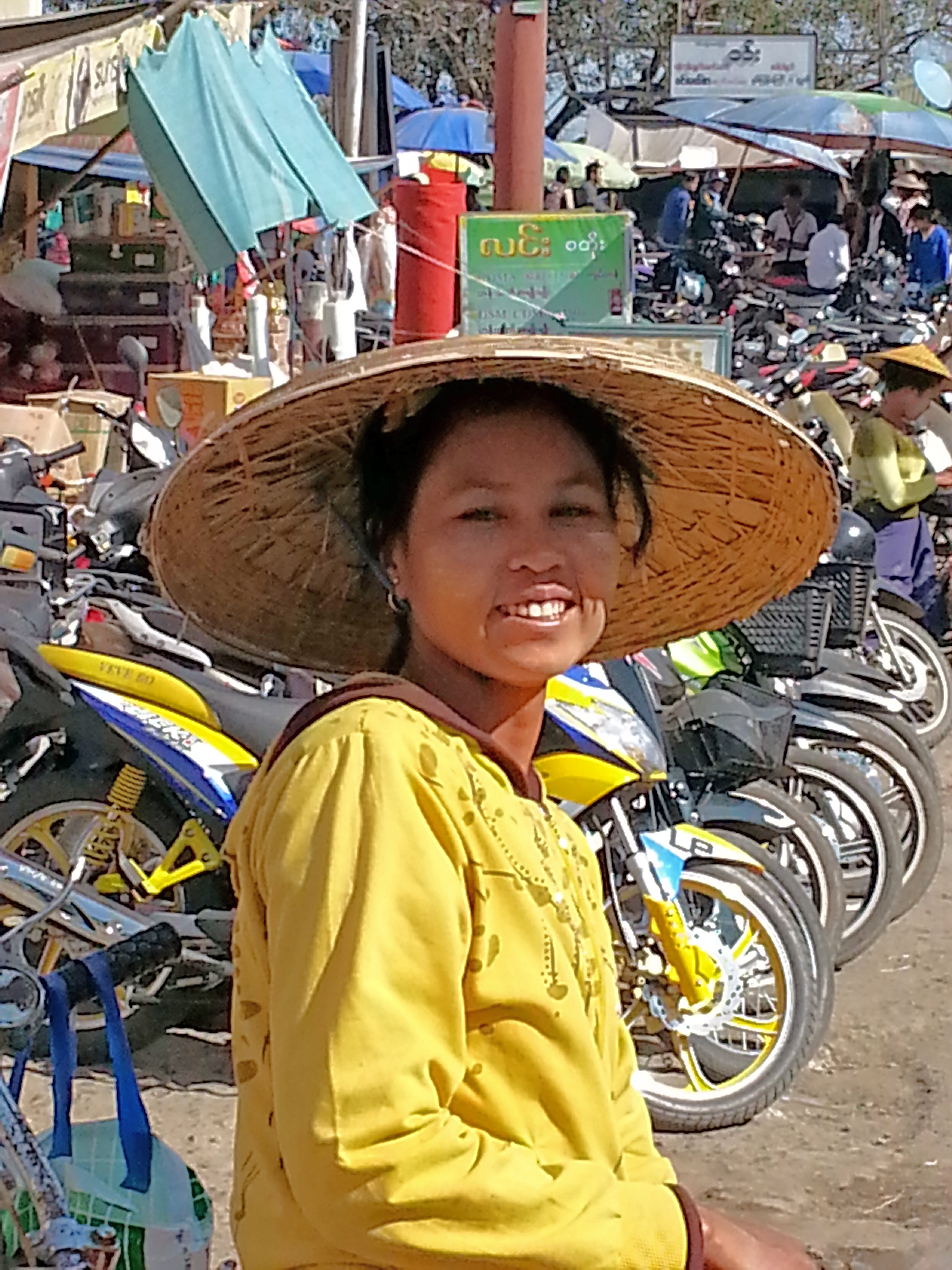 While shopping, I was struck by the presence of so many Chinese in the area.   Later I would find out why.

Since I couldn’t go to the Hukwang Valley, I paid for a driver and motorbike to take me to the Mogaung Valley. I had a map from the Immigration office in Myitkyina showing me where I was allowed to travel.

The road to Mogaung, or where the Chindits defeated the Japanese in World War II to secure the Allies’ position in Myitkyina, was dull… at first. Later I was interrogated by gun-toting Immigration guards on my return to town. The poor boy driving the motorbike practically peed in his pants, understandably so, when many are being killed in the battle between the government and the tribes over land rights. 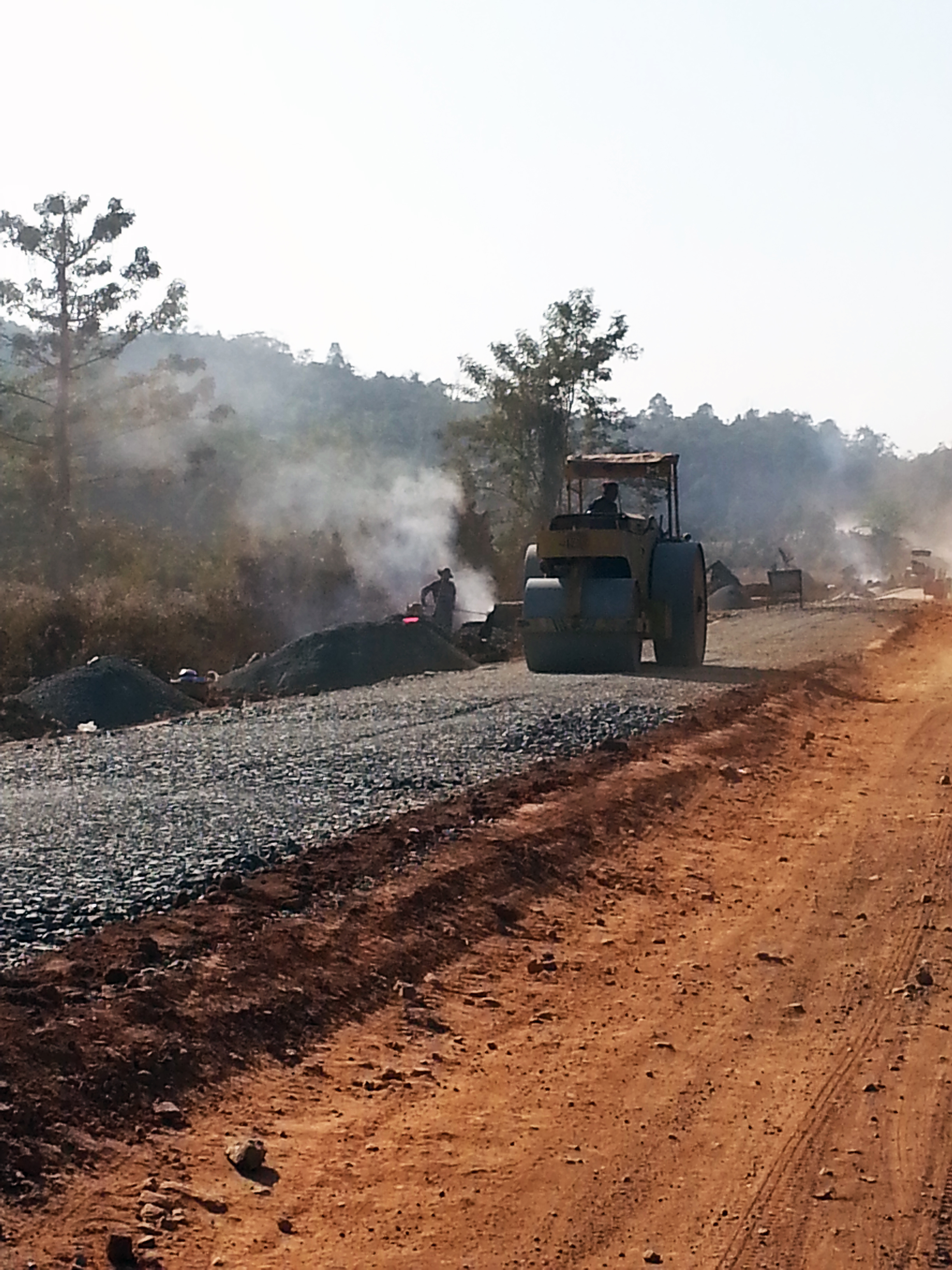 On the way to Mogaung, we were subjected to delays on the road the Chinese were building. Note the meager layers of bedding, gravel, and asphalt slurry. This road will last only a couple of years. 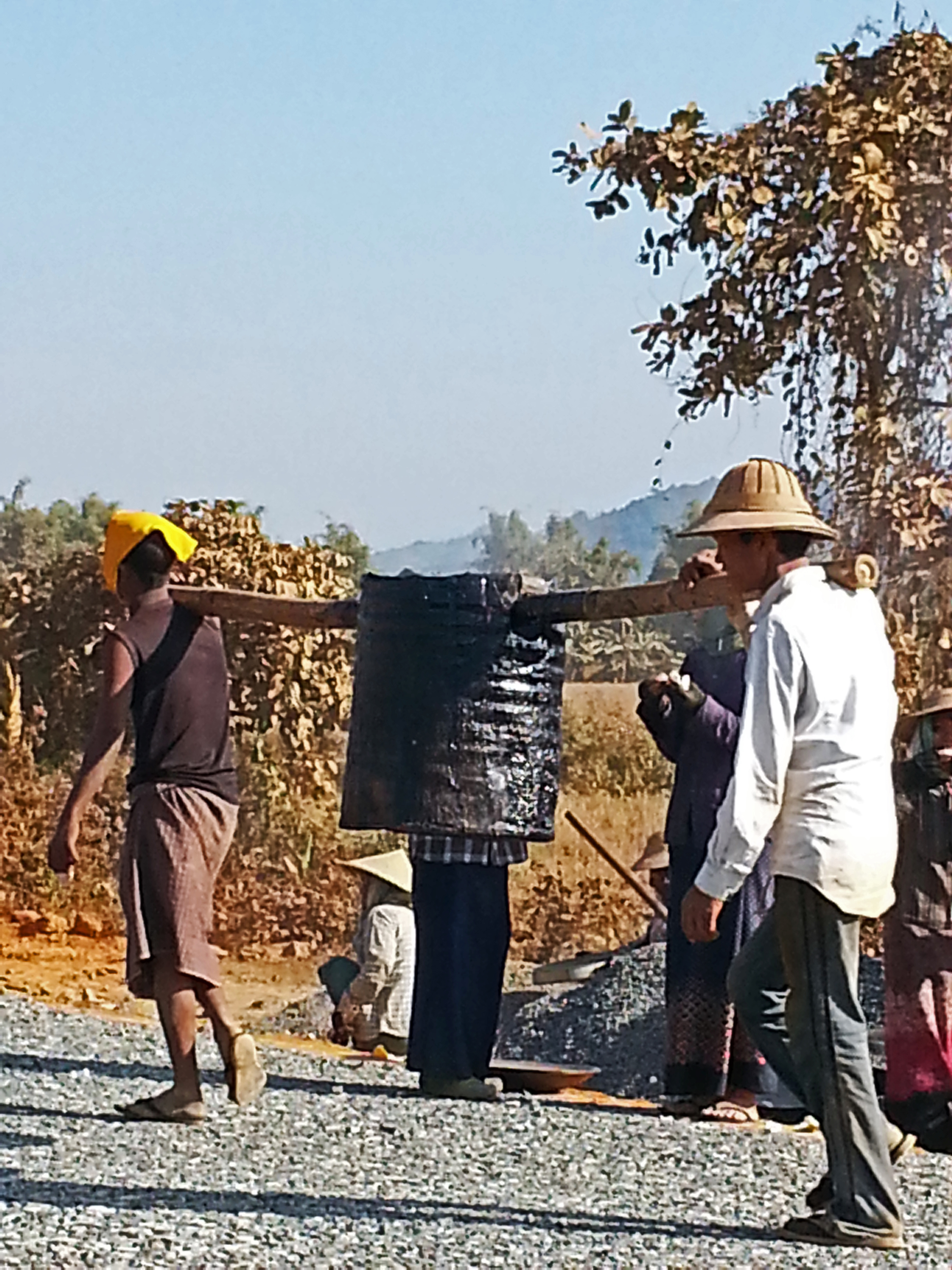 Chinese and the locals worked side by side, carrying buckets of boiling asphalt – something the Occupational Health and Safety Administration (OSHA) in the US would faint at. 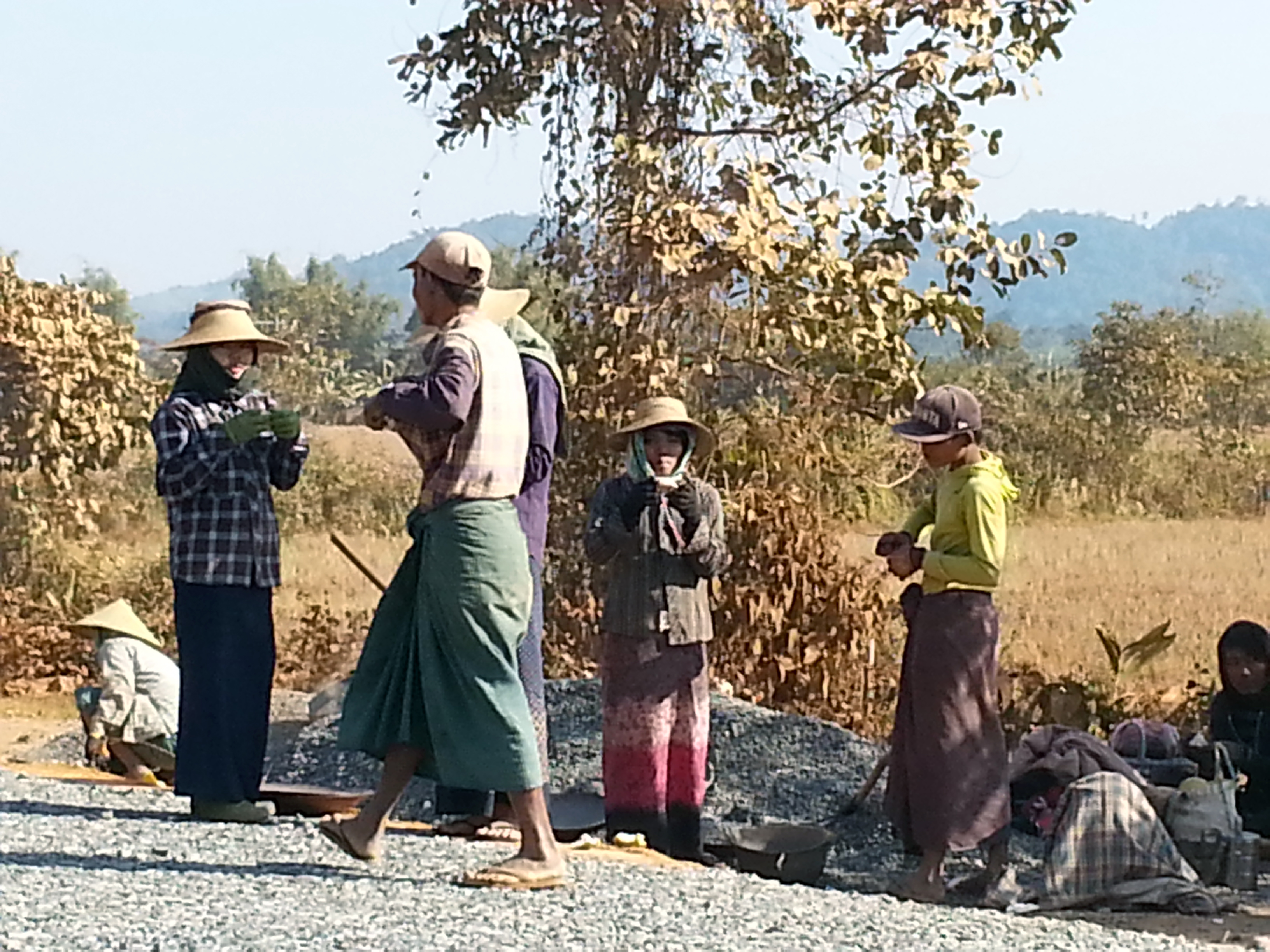 Men, women, and children worked to build the road into the untamed wilderness.  Why? To harvest gold, jade, and teak. The workers spent months away from their families, so it was easy to entice them to use their earnings on opium to forget their loneliness. 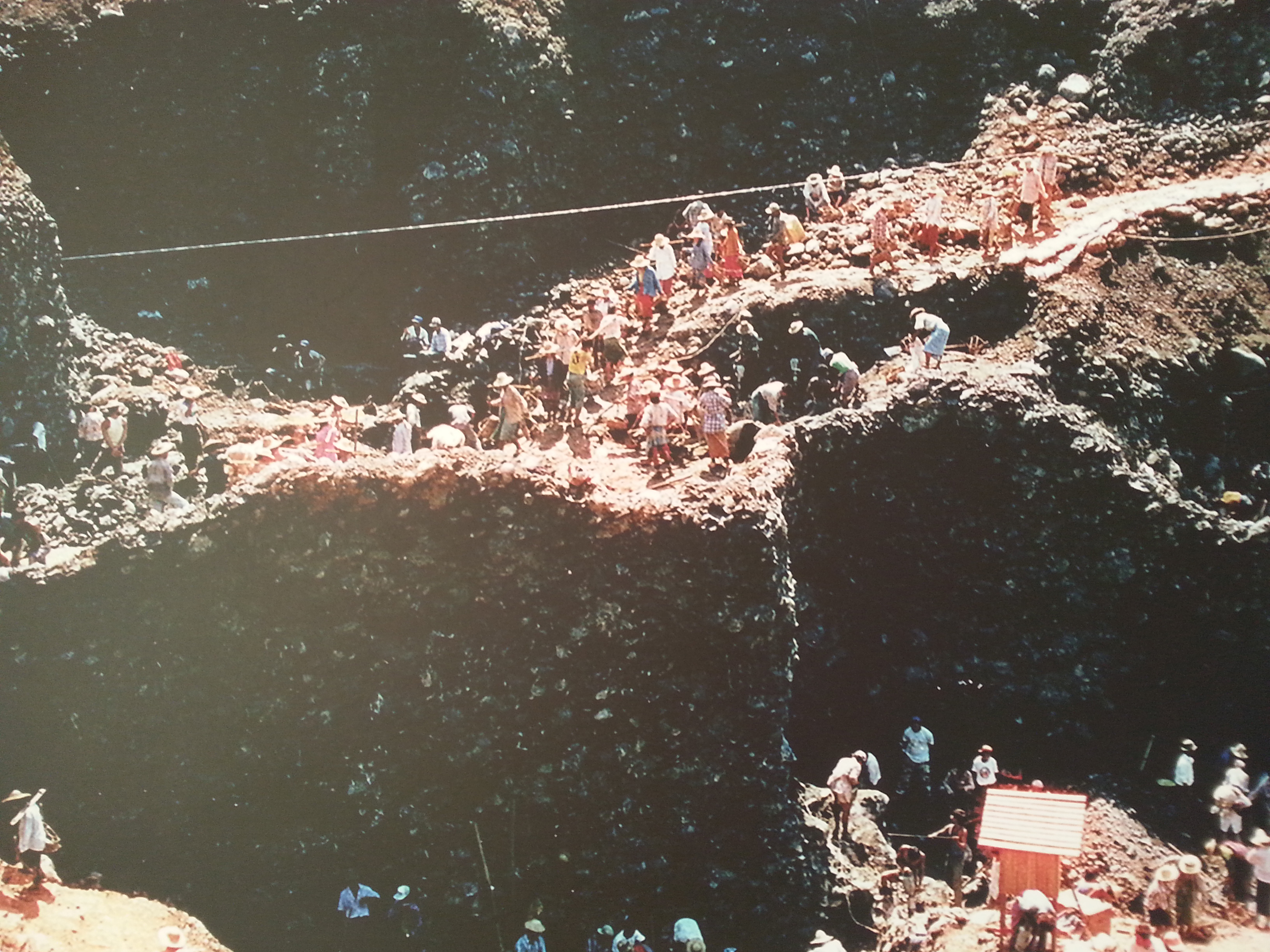 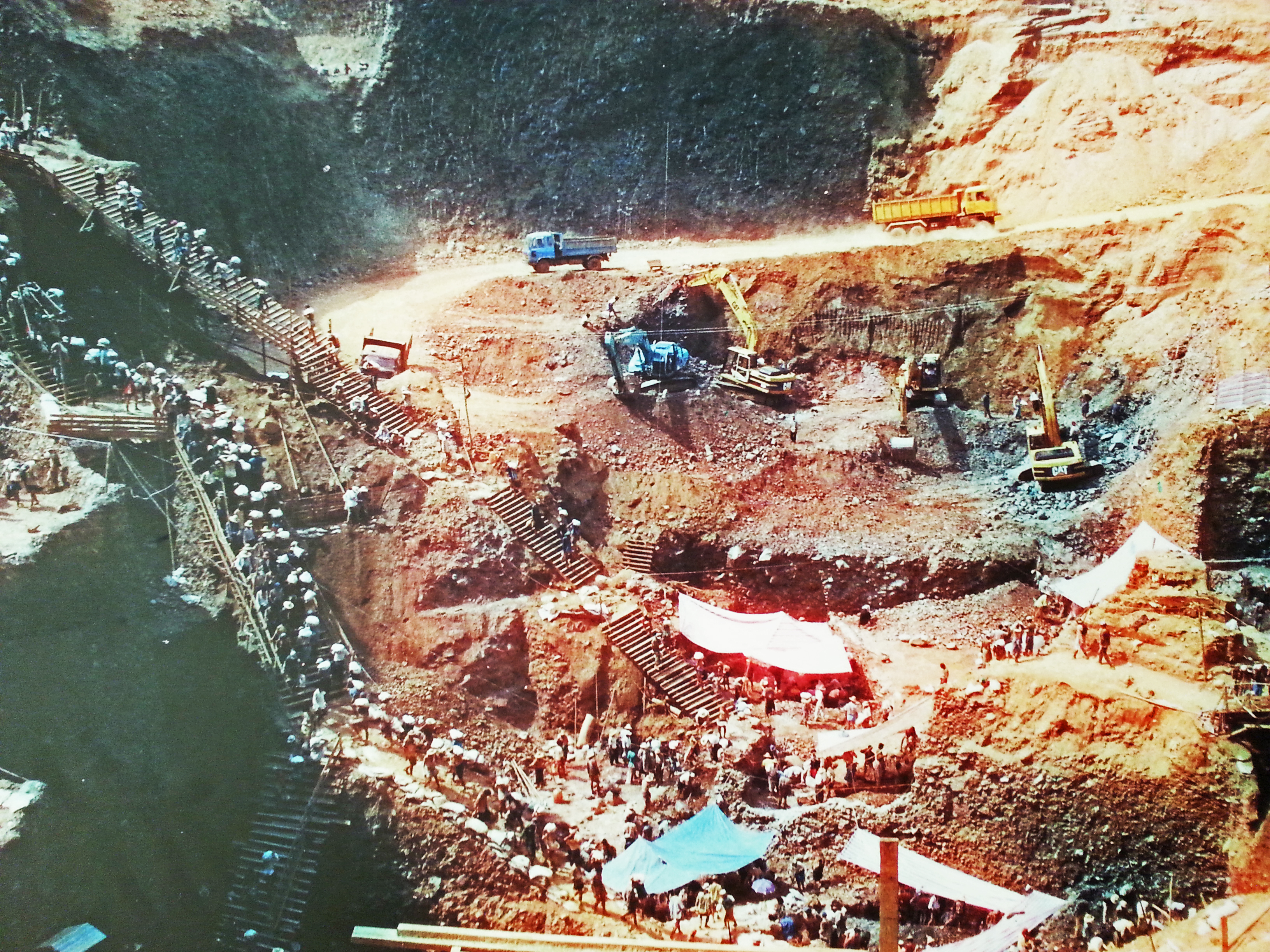 Ko Zaw Pharkant, a photographer who lives in Myitkyina, took these photos of the mines. 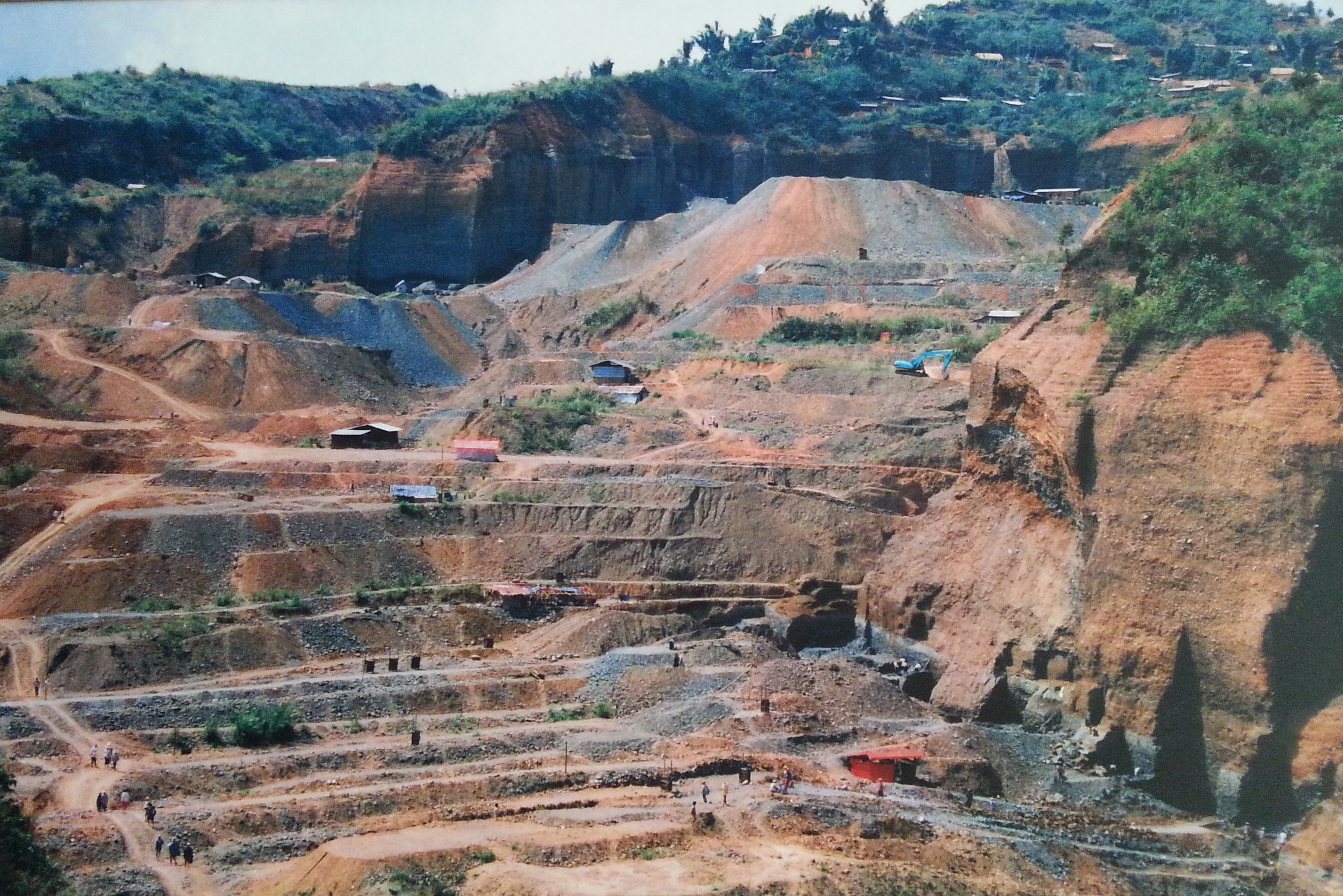 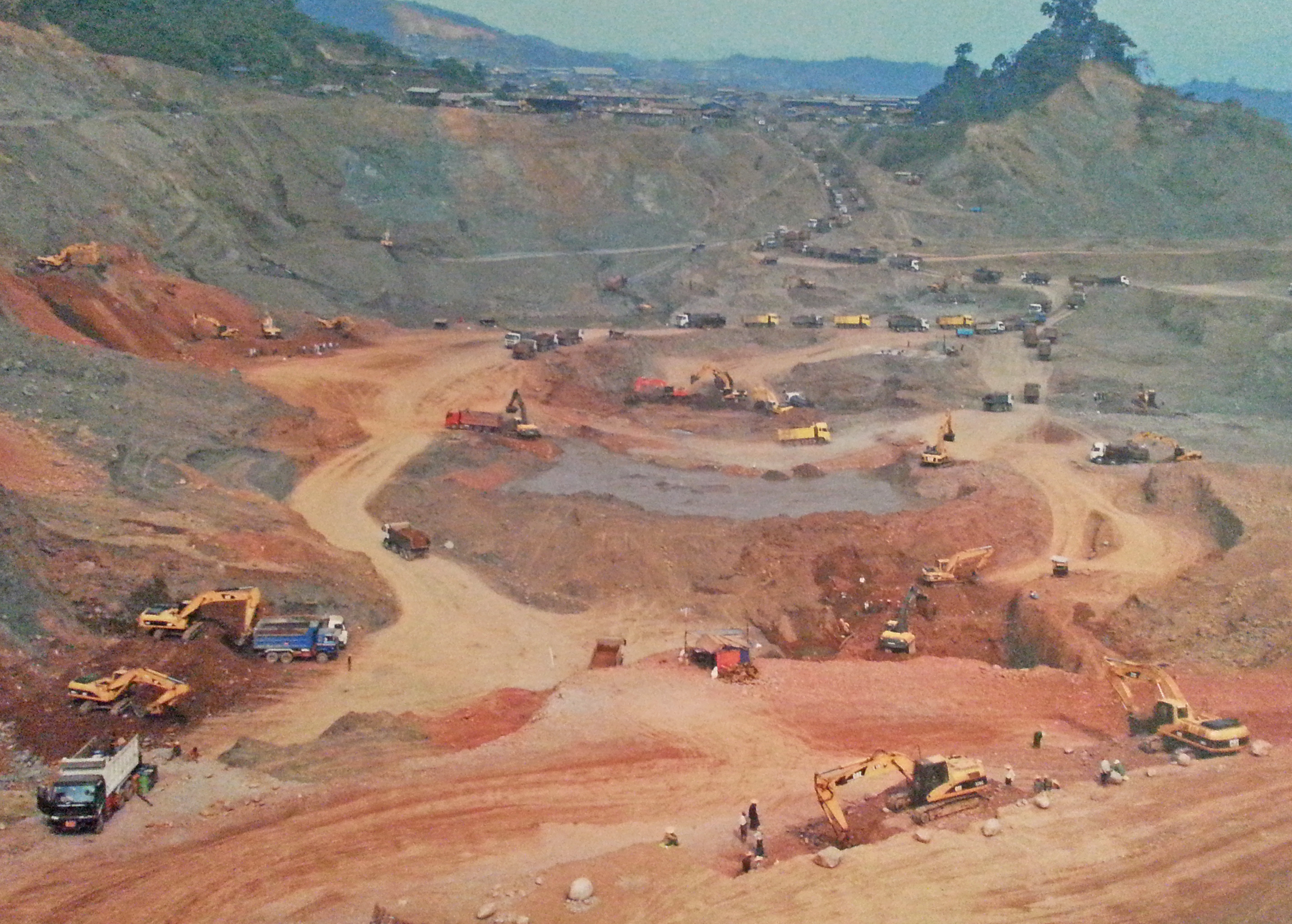 But how many of us wear gold or jade jewelry? 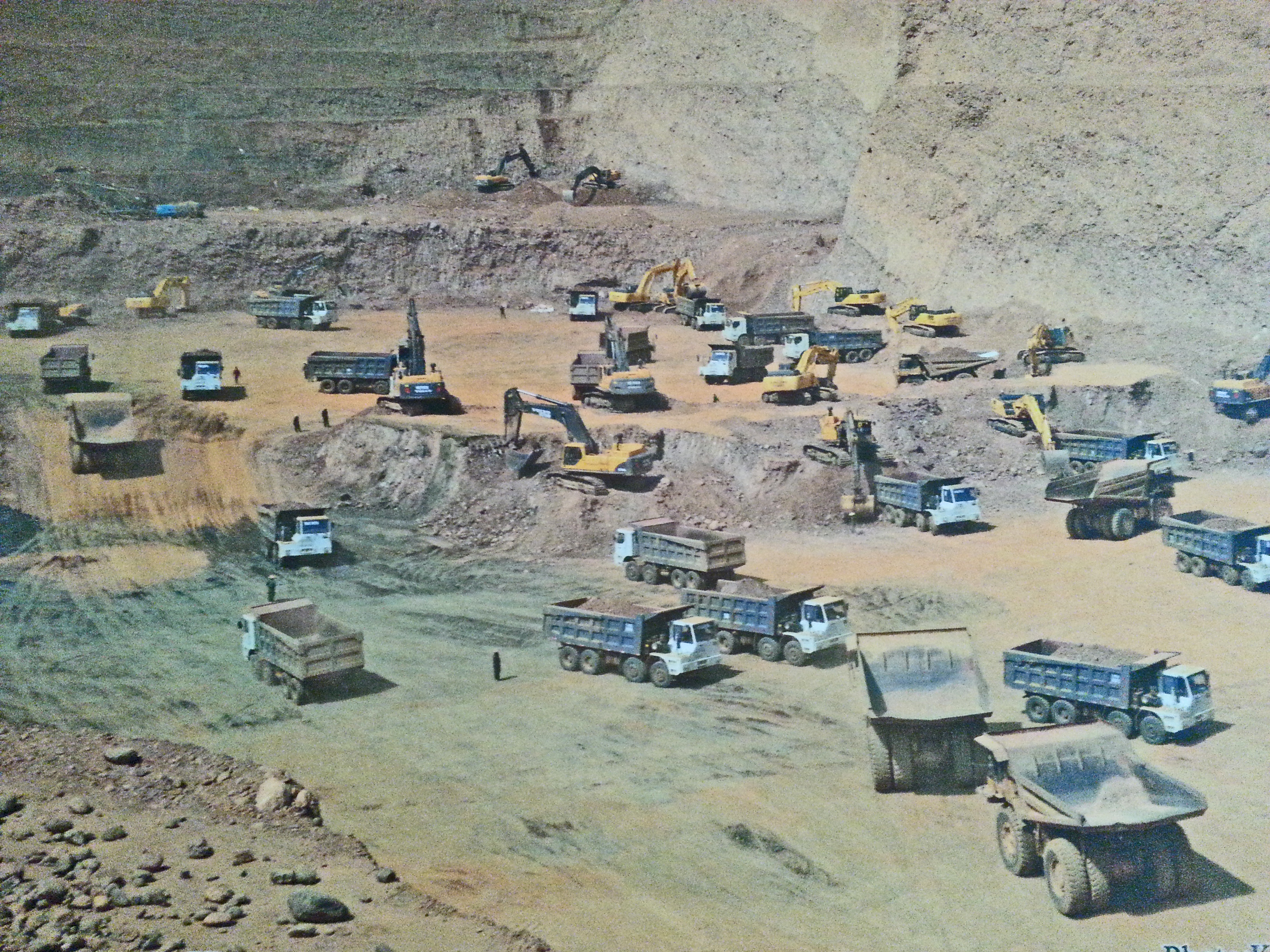 It’s not that there is mining in Myanmar that concerned me. They should use the country’s natural wealth to improve the standard of living. 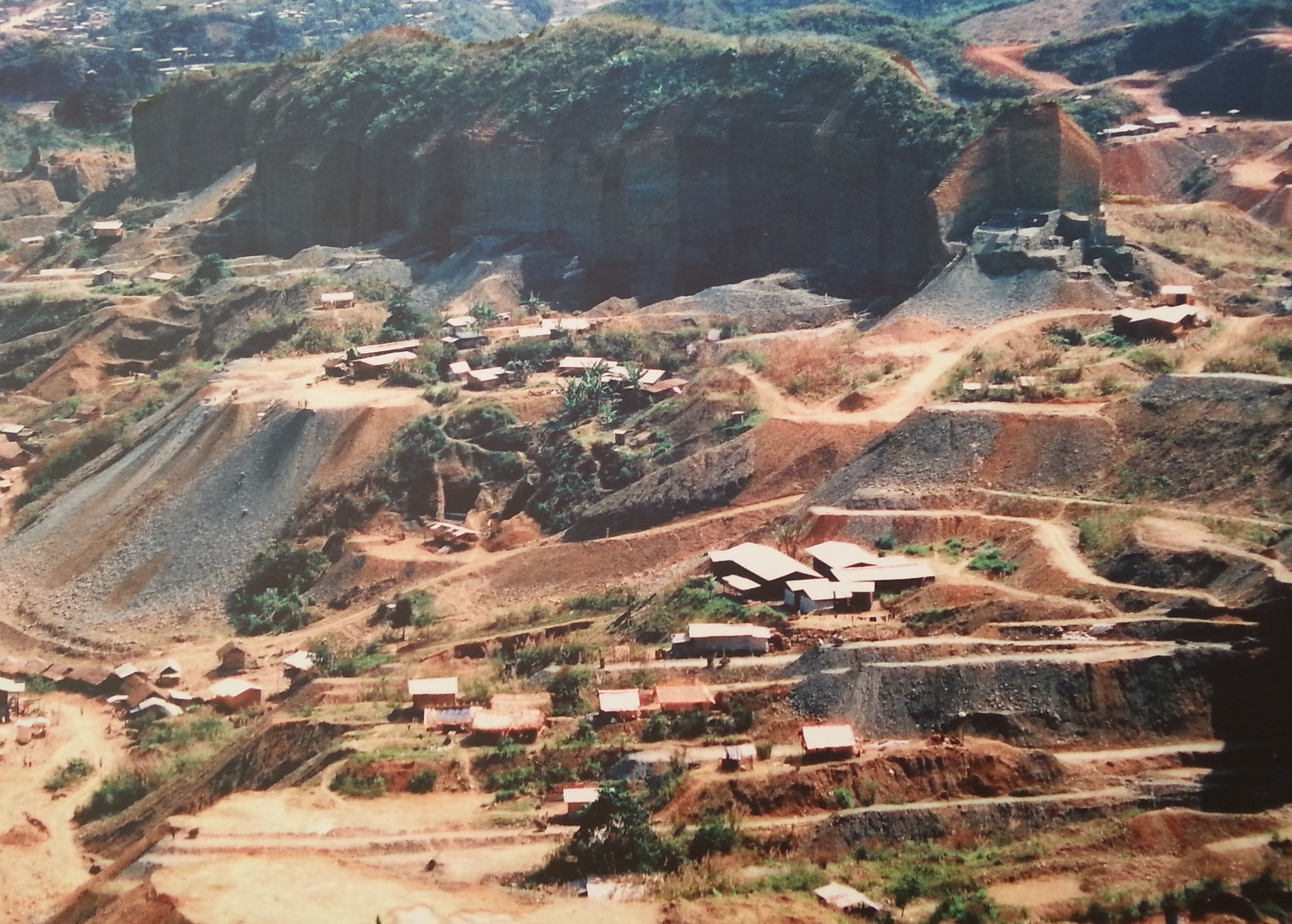 Yet the mining in Myanmar was excessive and the wealth was not going to the people of Myanmar but to their trusted neighbor-the Chinese.

The Chinese are not only building roads to harvest Myanmar’s wealth but there is an agreement between the two countries to build dams on the Chindwin and Irrawaddy Rivers, that would change life for those downstream, forever. 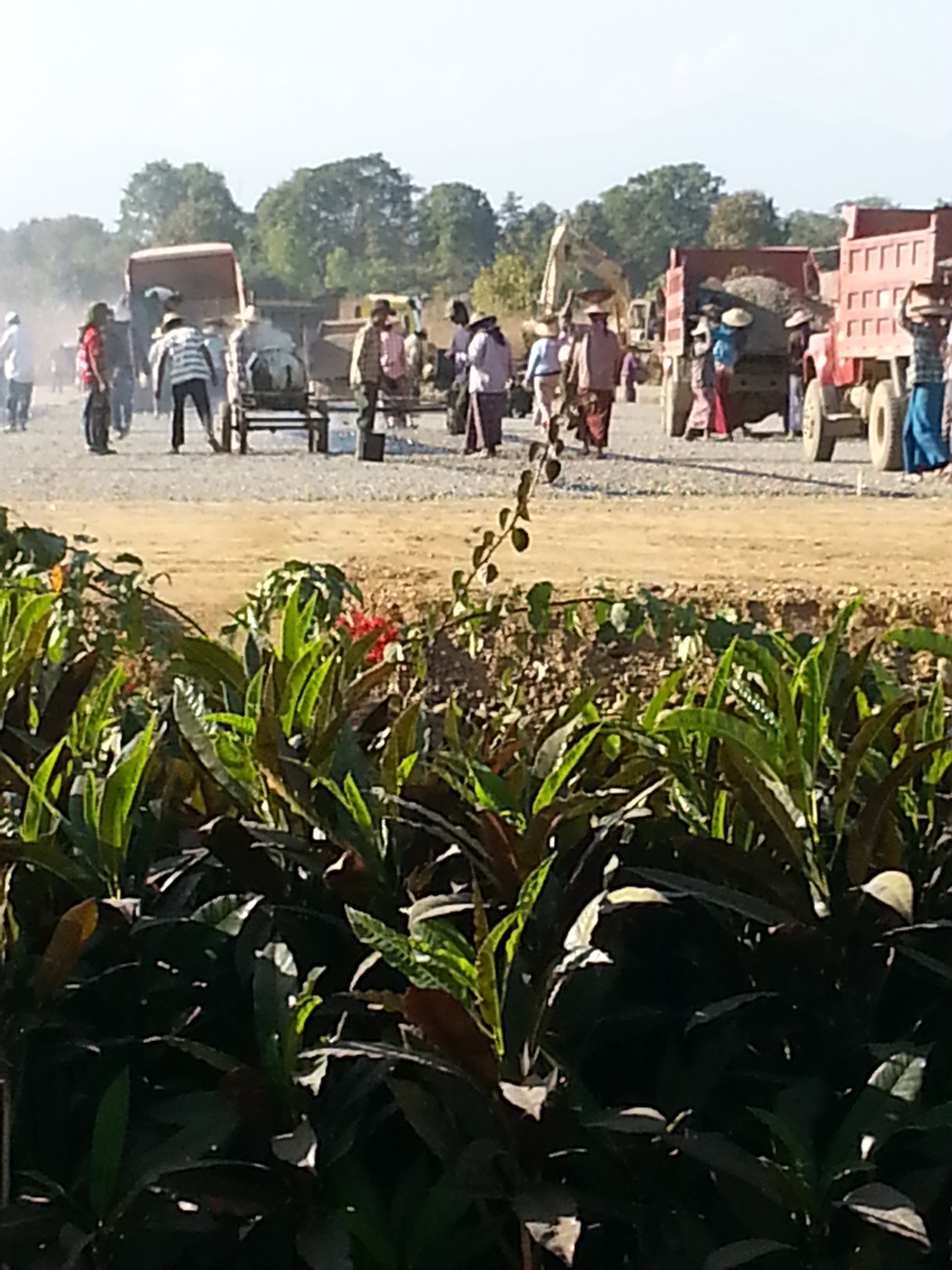 The Chinese are also expanding Myitkyina’s airport. Note the woman on the right in the above photo is carrying a pan of scalding asphalt to cover the thin layer of gravel on the airport runway. Unfortunately for the people of Myanmar, these improvements will last only a few years. Who will stop the Chinese? 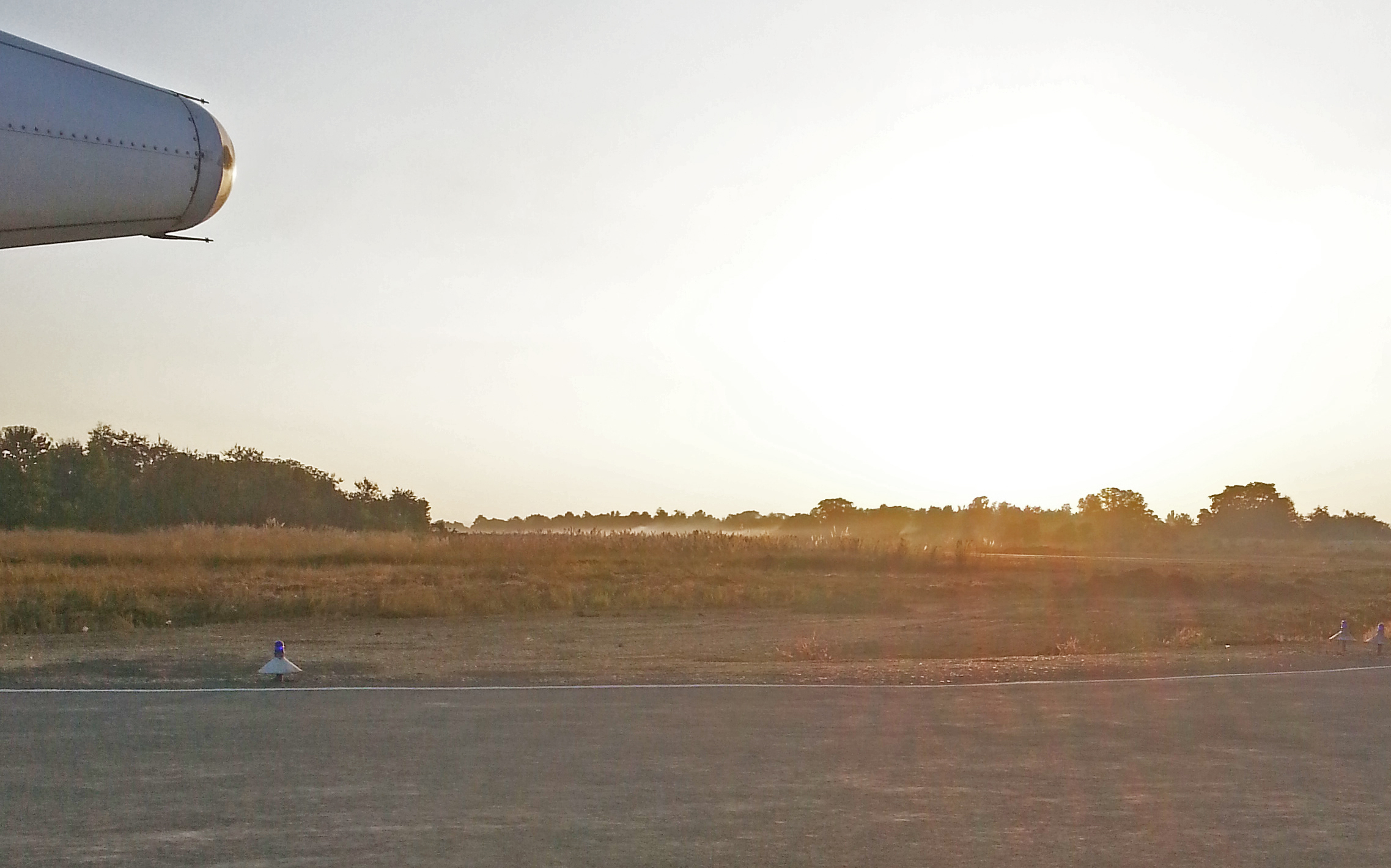 On November 8, 2015, Aung San Suu Kyi’s party gained control of parliament (Hluttaw) which put them in a position to elect the next president of Myanmar.  Before elections, Suu Kyi proactively reached out to the over 135 tribes and 55 parties in Myanmar, including those in the Kachin and Shan states, where the civil war continues.

But Suu Kyi cannot become president because Burmese law states anyone with “legitimate children” who owe an allegiance to foreign powers is ineligible.  She has two sons with British passports. It is thought she will rule as a puppet president from a parliament seat.