I borrowed a bicycle and joined U Thant Zin for a tour of the abandoned British village within Mawlaik.

The clubhouse appears to have been the center of social gatherings during the Victorian era. I suggest you read Burmese Days by George Orwell to get an understanding of how important the clubhouse was to those wanting to keep a link to the motherland, which was at least a month-long journey back home.

The teak trade must have been brisk to have built such a large government complex in a remote area like Mawlaik. 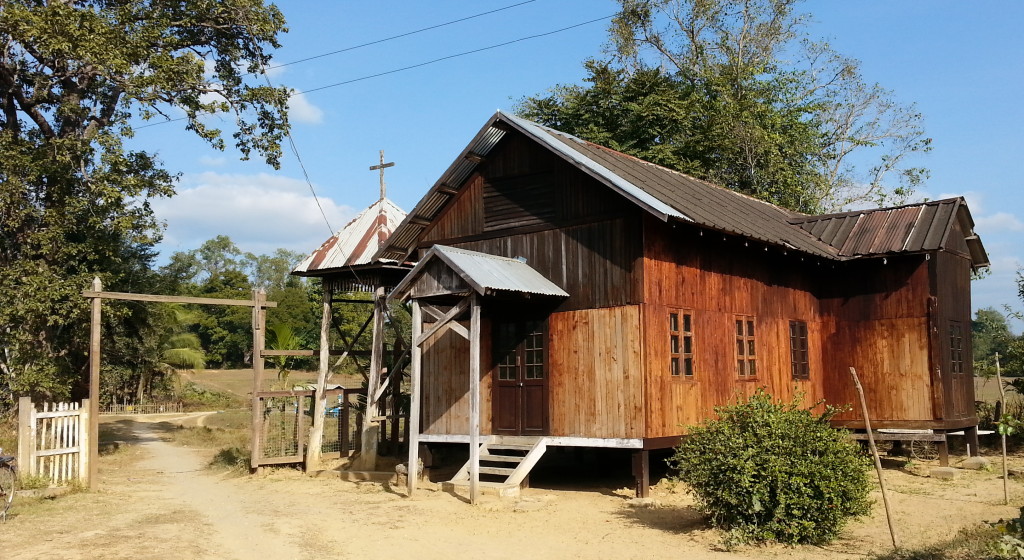 Another by-gone British building is the Christian church.

It even has a bell tower, shy a bell. Imagine being a Buddhist and hearing the bell every Sunday and maybe for weddings, too. Caucasian women from Britain were enticed to visit Burma for just such ceremonies.

The Myanmar government is funding the restoration of several old British buildings in Mawlaik. But it’s not easy to get there. So why the investment? Maybe the backdrop for a BBC production?

I was surprised the flooring wasn’t teak. Instead, it’s either tile or linoleum. Probably because maintaining wood is expensive in the hot, humid climate along the Chindwin.  It was amazing these buildings were still standing. 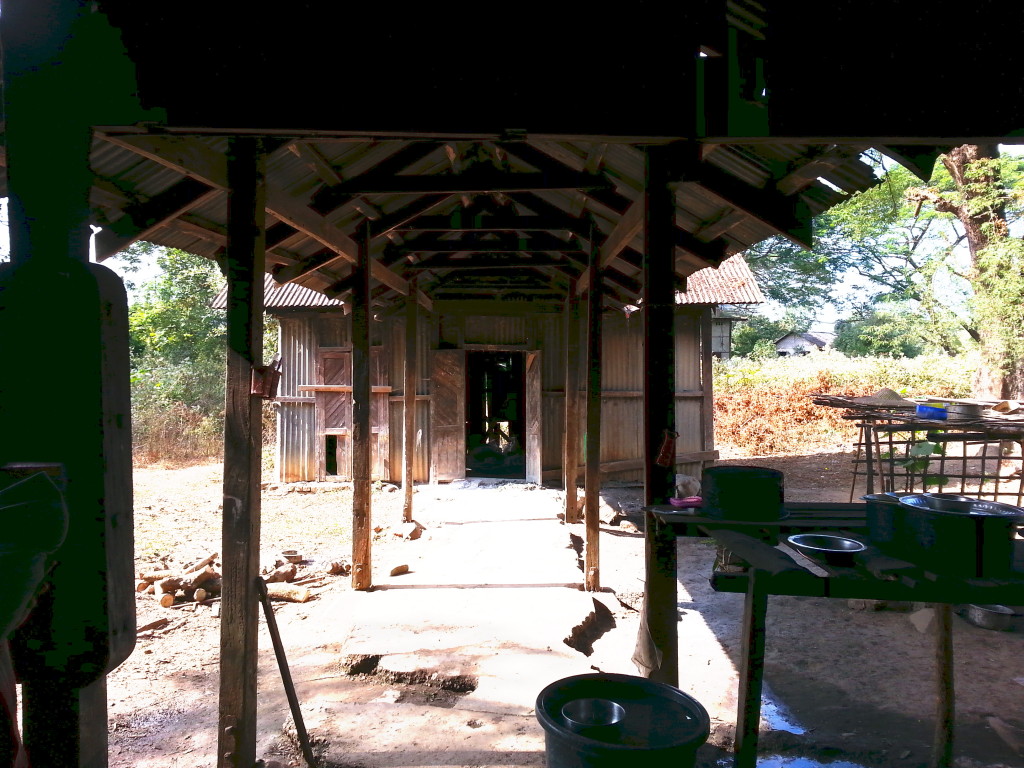 Yet British kitchens were kept separate from the rest of the house in the event the building caught on fire. They didn’t want to rebuild the entire residence. As noted in Kalewa, fires are not unusual along the Chindwin. 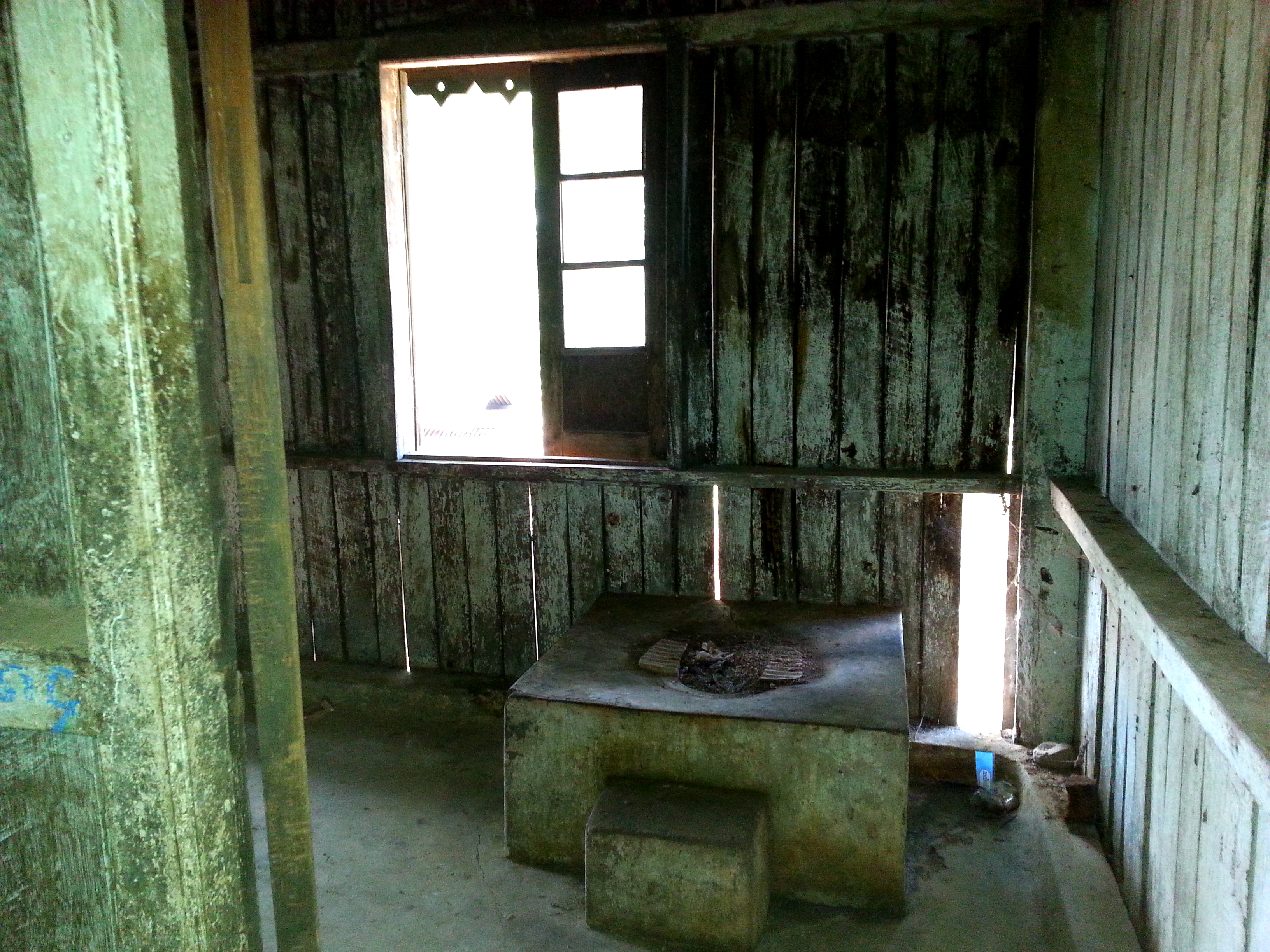 But there was indoor plumbing with a luxury crapper. 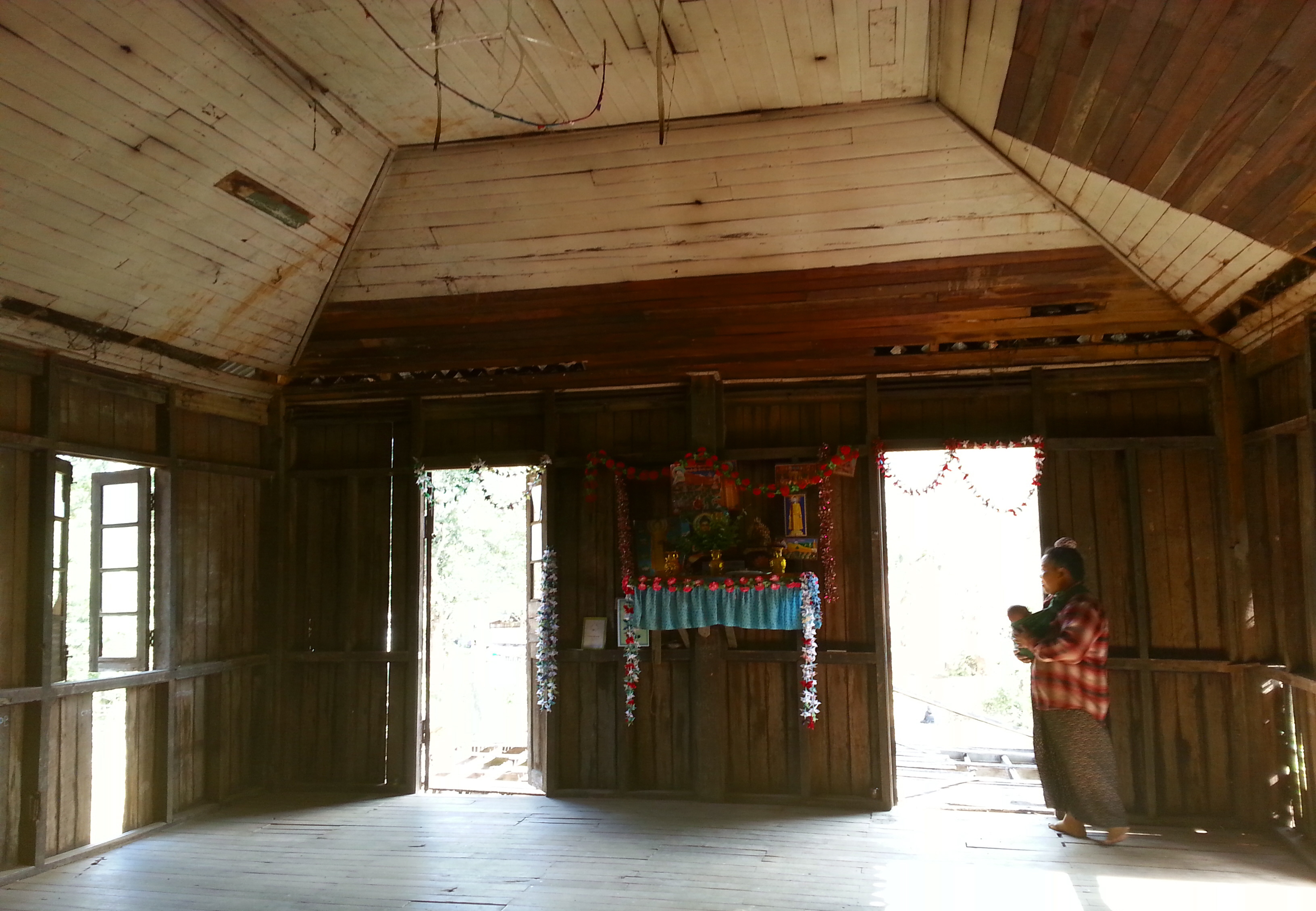 And a salon for entertaining. In recent years, the squatters have added a Buddhist shrine to the salon. 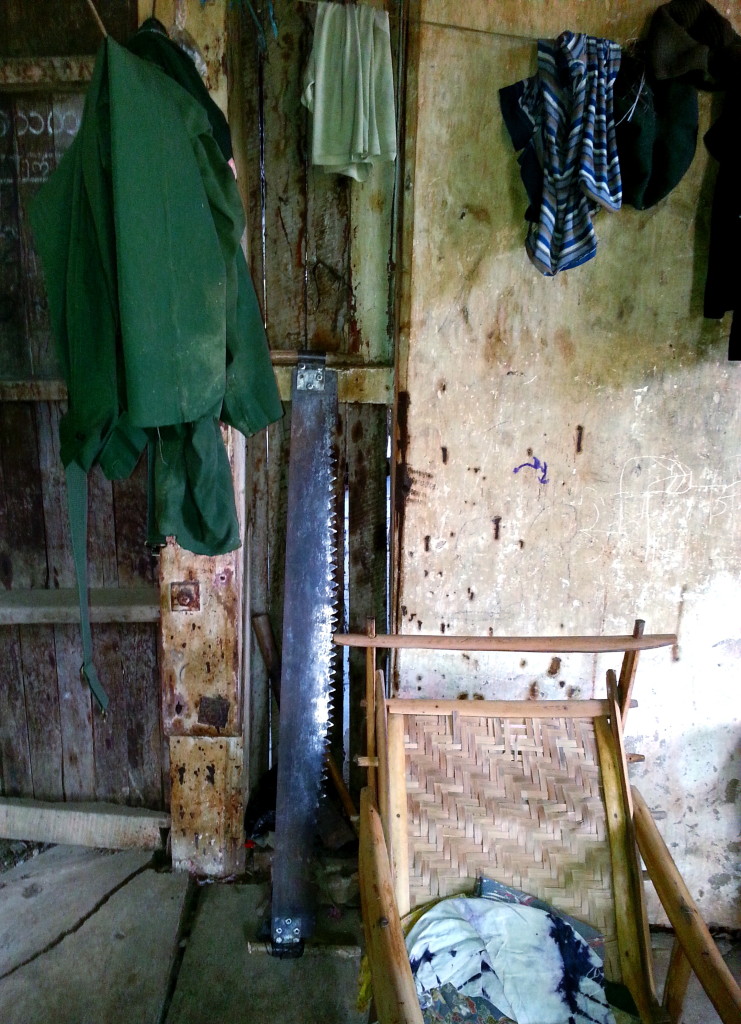 And all that wood was cut down with a Two-man saw. I can’t imagine them using these “two-man” saws today. But if they still use oxen to haul the logs to the river, then maybe they don’t have chainsaws large enough to cut the teak lumber. 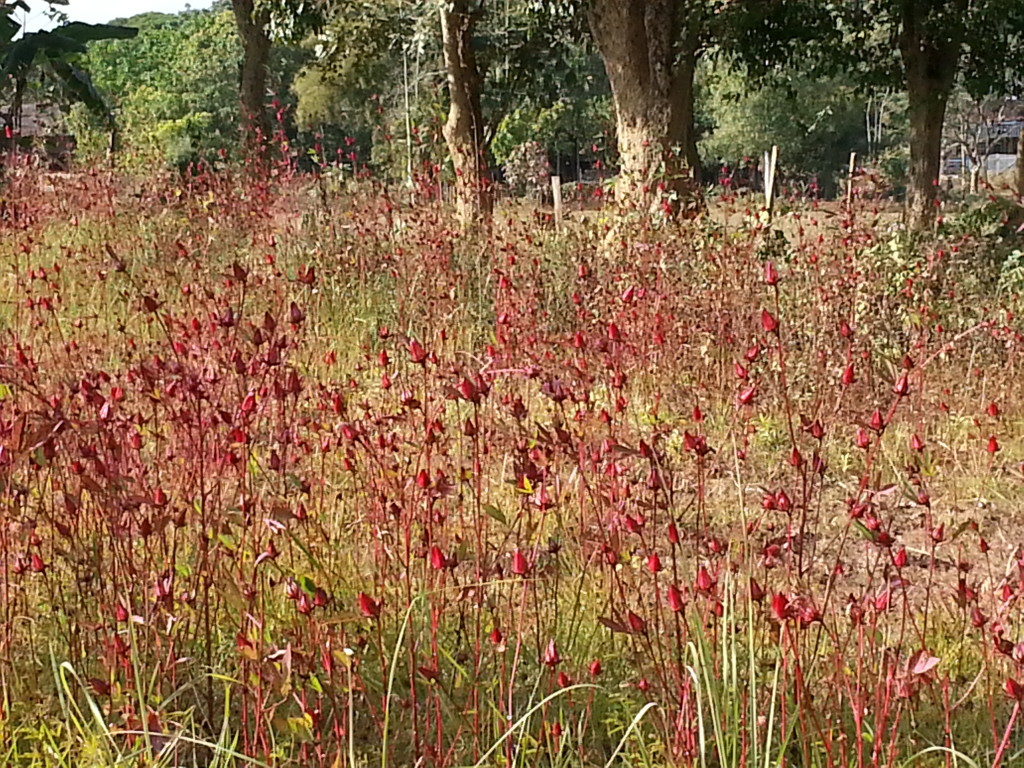 The only things that remain from that era are the buildings. In 1942 the Japanese invaded Burma and the British fled to India. The Raj never returned. It is up to you to use your imagination and fill these buildings with the people who lived and died there.