I gave up my window seat on the early morning bus ride from Bagan to Monywa to a young bald nun in a pink robe.  She and her sister were assigned seats in different rows.  She looked terrified. In this region, Buddhists and Muslims clash. As a consequence of the trade, I shared a bench with a young man who spit betel juice the entire five-hour jam-packed ride.  Lucky me!

In January 2014, a Buddhist mob killed dozens of Muslims in western Myanmar, close to where the bus was taking us.   Muslim and Buddhist conflicts have left 140,000 people homeless since 2012. There’s good reason to be cautious ‘in the wild west of Myanmar.’

I was en route to the Chindwin River, where my 350-mile-plus boat trip would start in Monywa and end in Homalin.  Everyone thought I was crazy traveling upstream with unpredictable boat conditions, no airline reservations to get back to the main tourist route, and limited time. I was to meet my guide, Mr. Bo Saw, later that evening. Our boat didn’t leave until the wee hours of the morning.  So I hired a motorcycle and driver to visit the Buddhist caves. 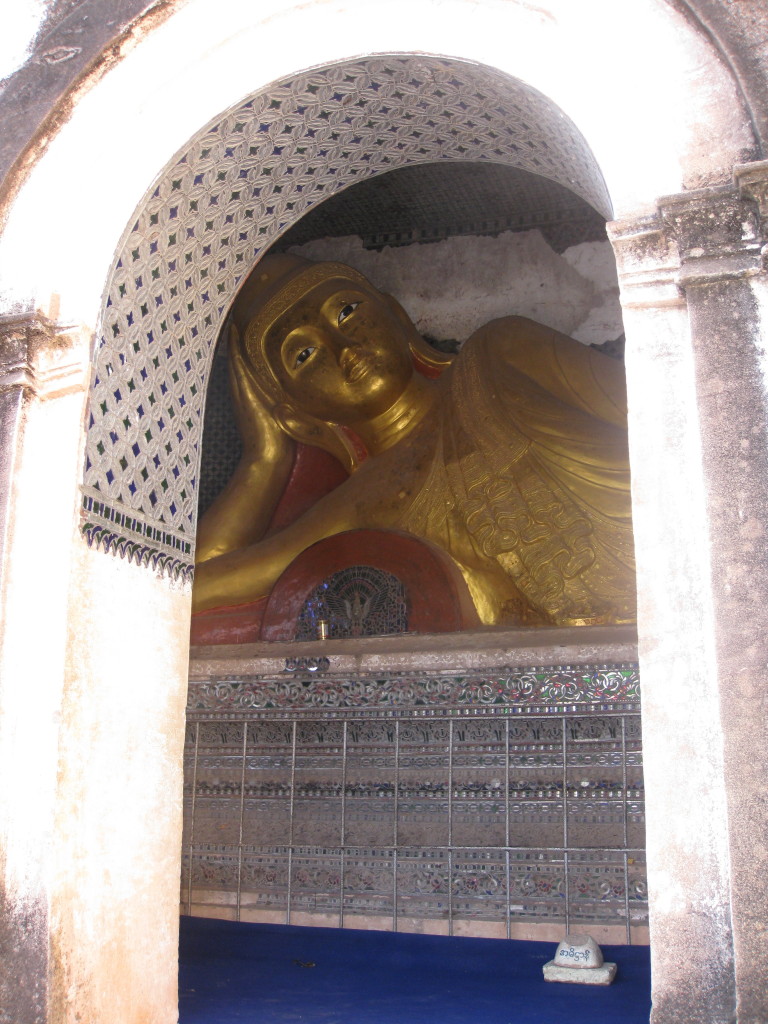 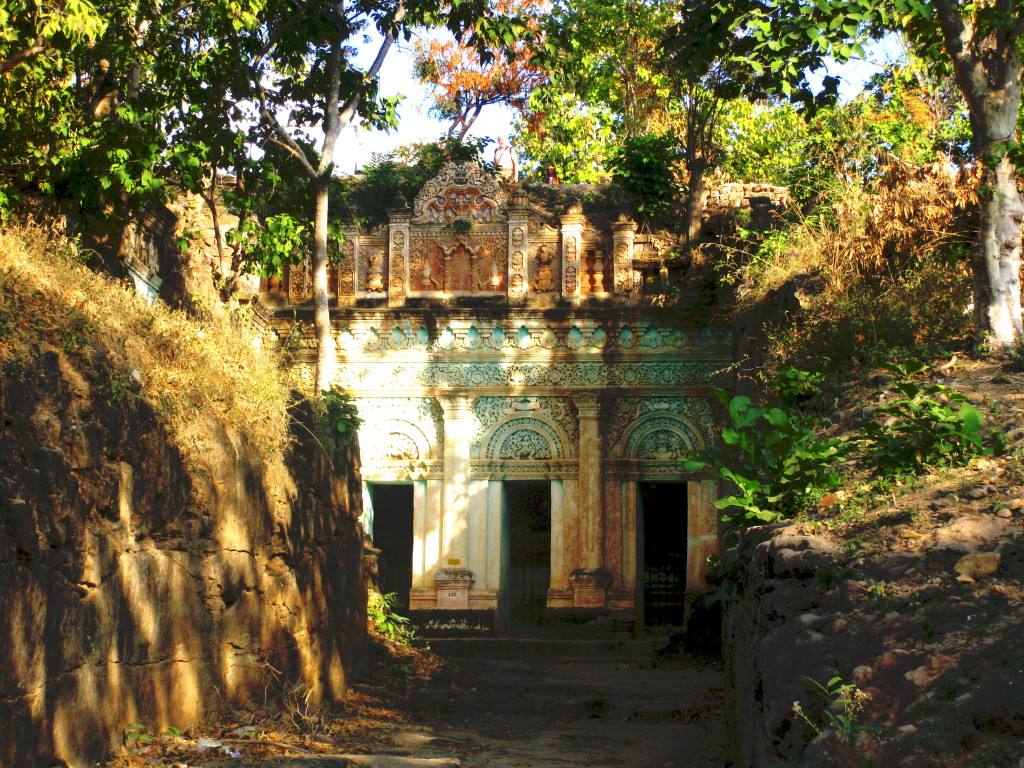 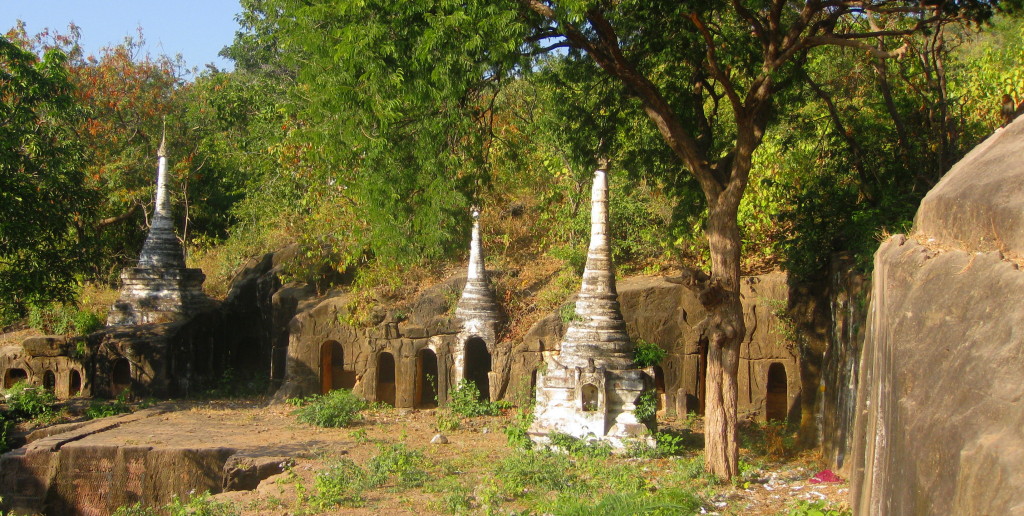 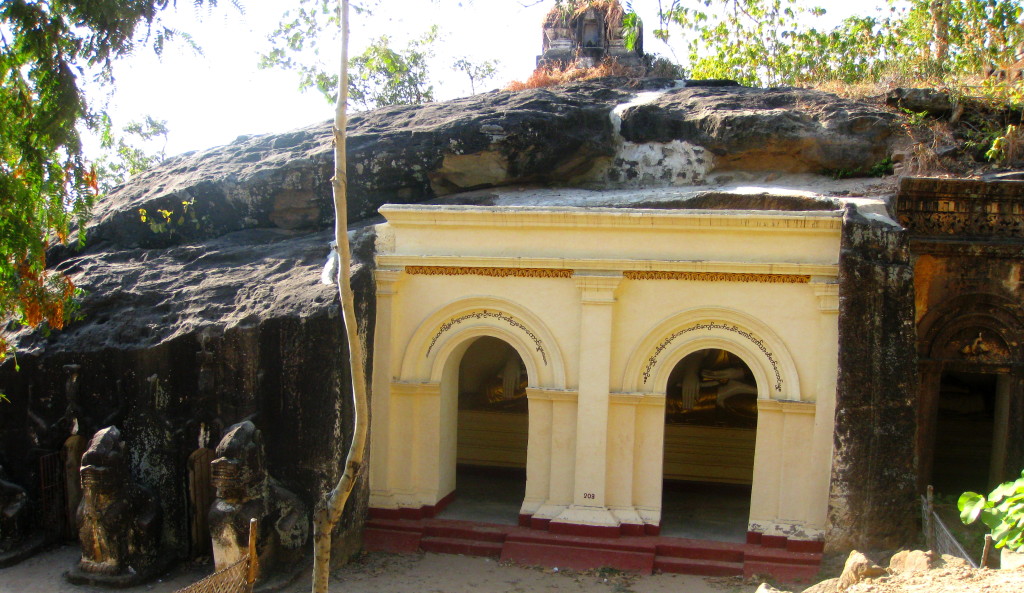 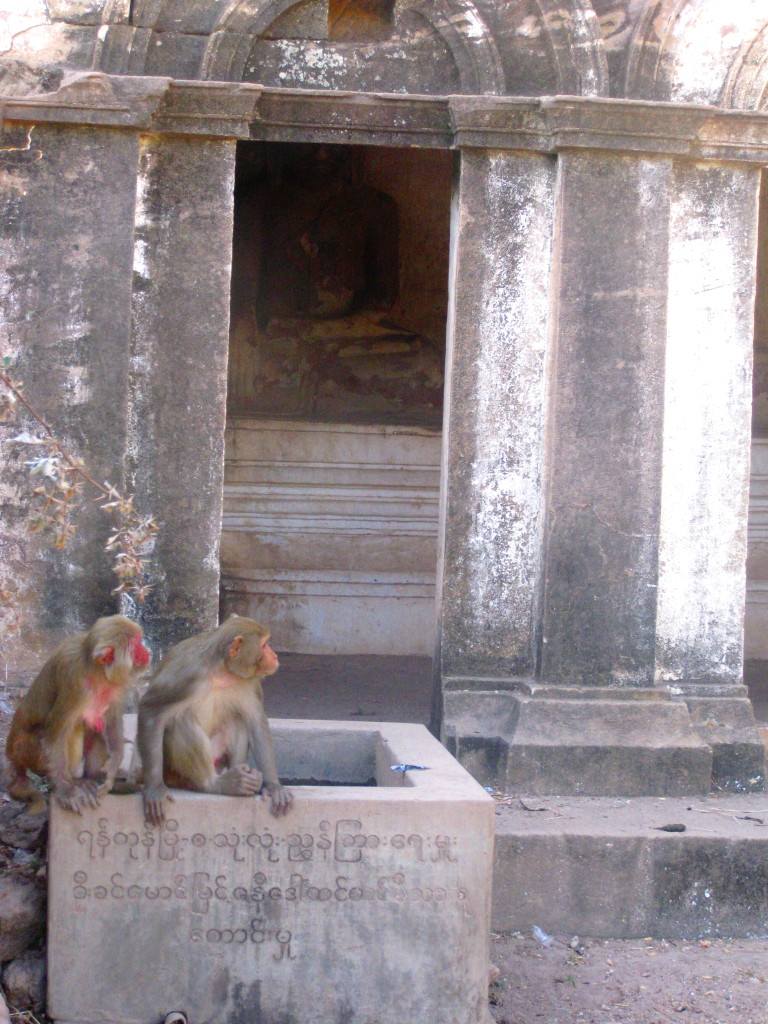 A troop of monkeys calls these ruins home. 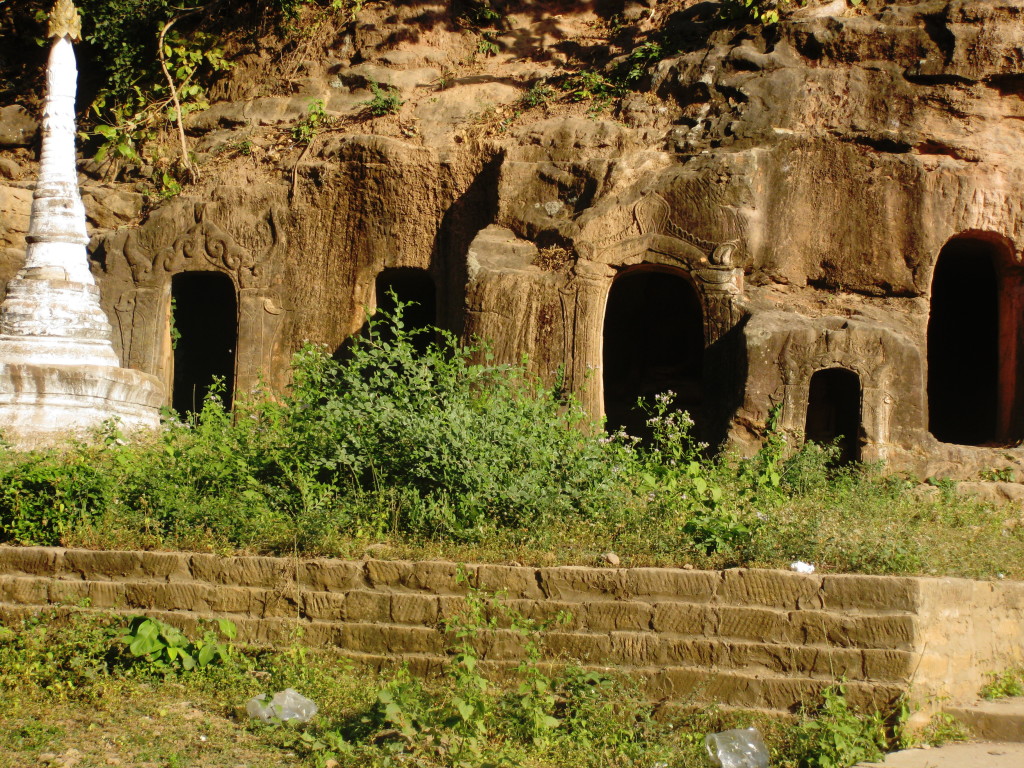 They’re deteriorating rapidly with the wet climate. What is being lost, and should anything be done to save them? 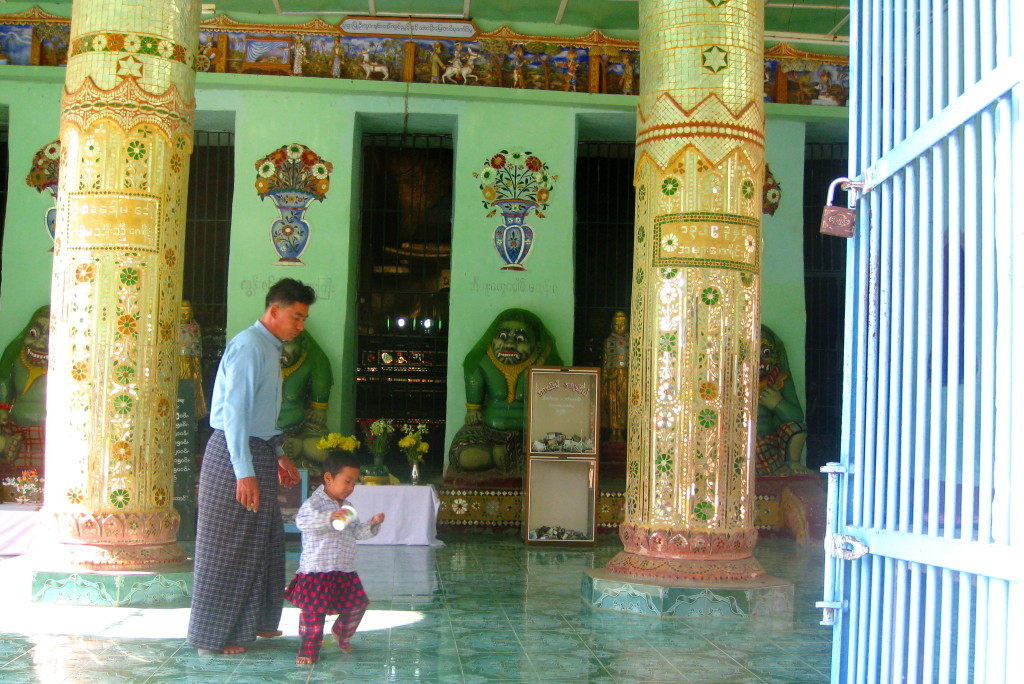 These active religious sites are still visited by locals daily. What will restoration do to their culture? More tourists?